Kashindi: 1. When did you start to use Facebook and Why? I started using facebook in 2007. Having travelled extensively in most parts of the Globe, I developed effective networks and meaningful contacts in many countries. As a person who believe in effective networks and keeping in touch, it was imperative and in my favour […] 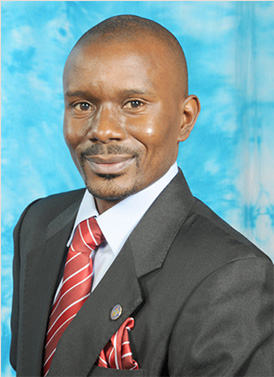 1. When did you start to use Facebook and Why?
I started using facebook in 2007. Having travelled extensively in most parts of the Globe, I developed effective networks and meaningful contacts in many countries. As a person who believe in effective networks and keeping in touch, it was imperative and in my favour to sign up on facebook.

3. There are people who are afraid or don’t want to use Facebook, do you think they are missing something at all?
Well, I respect other people’s choices and preferences. This therefore implies that, I also respect the choices of those who chose to be afraid or not wanting to use facebook. Be that as it may, individual’s choices must not be imposed on others. Coming back to your question, currently I don’t have substantiated facts to conclude that they are missing something. How do you miss something that you are not exposed to? How do you miss something that you have never experienced? Sometimes people fear that which is uknown and this is unfortunate. Sometimes it is necessary to move from our defined zones and explore that which we are not exposed to. All in all, I do think that facebook can be an effective, cheap and very useful communication tool depending on how it is being utilized.

4. Very good, now tell us about yourself?
I am a fun-loving gentleman who is determined to live life to the fullest. 36 years ago, I was born and raised at Olunkono village near Ondangwa. I did my junior primary schooling at Oshitayi Junior Primary School and completed my senior primary schooling at Iihenda Senior Primary School in 1990. In 1994, I completed my grade 12 at Iipumbu Senior Secondary School in Oshakati. Even though I completed my matric with exemption, my parents did not have financial means, nor did I have any support from anyone to assist me to further my studies at tertiary level. As a result, I took up a job as an Assistant to a taxi driver. The taxi that I am referring here are the minibuses which use to transport passengers between Oshakati and Ondangwa. By then I did not even qualify to be a taxi driver because I did not have a drivers license. My job was to convince passengers to get into our taxi and I was also responsible for the money.  After 5 months in this job, I joined the Namibian Police as a student constable. After successful completion of my basic police training, I was posted at Wanaheda Police Station where I did charge office duties for a period of one year and in August 1996 I was transferred to Wanaheda Detective Unit. Whilst in the Police, I also served the following specialised investigative units in the capacity as an Investigator and later as a qualified Detective, Theft of Motor Vehicle Unit, Serious Crime Unit, Crime Information Unit and Commercial Crime Investigation Unit.  I passionately and diligently served the Namibian Police for 8 years. Whilst serving the Namibian people through the Namibian Police, I have on a number of occasions put my life on line in an effort to maintain law and order, and to preserve the internal security our beloved country- Namibia.   In 2000, the Namibian Police seconded me together with six (6) other colleagues to UN (United Nations Transitional Authority in East Timor). In East Timor, first I was posted as a security officer at Gleno prison in Elmera District. After one month, I was transferred to the UNTAET HQ in Dili in the Office of Professional Standards & Audit and Evaluation. Initially I was appointed as an Investigation Officer and eventually promoted up to the position of Deputy Chief of that office. I served in East Timor from 20 May 2000 and left on 20 May 2002 which was the Independence Day of East Timor.  I am proud to have served in the service of peace and having contributed to the successful establishment of the National Police of East Timor. Upon returning to Namibia, I served the Namibian Police for 7 months and left in February 2003 to join the Central Bank as Manager: Protection Services Division. After 7 years in the same position, I was assigned as Deputy Director:  Currency & Banking Division. I served two years in this position and effective 01st January 2012, I was promoted to the position of Director: Banking Services Department.

I am happily married to Zinhle for 9 years and five months now and we  are blessed with two beautiful daughters. Currently I am a student at University of Liverpool in UK doing an LLM specializing in International Finance and Banking Laws. I hold a National Diploma in Police Science, B.Tech: Policing, B.Juris, MDP, LLB (Honours) and several professional certificates related to central banking, risk management, project management, crime investigations , peace keeping operations and currency management. All my formal academic qualifications were obtained whilst working full time.

I was honoured with a service medal marked Pol. 0011 on 26 November 2002 by H.E Dr. Sam Nujoma and I am also a recipient of three UN medals for my service in East Timor. From 2003 to 2006 I have served Polytechnic of Namibia as a Tutor/Part Time Lecturer for Investigation of Crime 2 and Police Studies 2.

6. What is your profession?
My profession now is central banking. But I am also a qualified Detective in terms of section 4 of the Police Act, 19 of 1990. By practice and having graduated from The International Academy for Security Management in UK, I am qualified security manager. As a law graduate, I can enter the legal profession should that become necessary in the future.

7. Who is your role Model in Africa?
Dr. Sam Nujoma!

8. What is your reaction on Africa to have one President like the USA?
I believe in Unity and in a strong “Africa”. My impression is that given the diverse levels of macro-economics, social, political and infrastructural developments in many African countries, and coupled with a lack of political will or capacity to form a United State of Africa with one President, we are not yet ready to have one President.

10. What is the best thing that a visitor is likely to enjoy in Namiba?
There are many great and beautiful places that a visitor is likely to enjoy in Namibia. It is not easy to specify one thing because enjoyment is dependent on an individual’s choice and preference. However, any visitor to Namibia is guaranteed to enjoy peace and stability that we enjoy on a daily basis, the warmth and kindness of the Namibian people, the beautiful landscape and the natural diversity of our  beautiful country.

11. What should be done to reduce alcohol abuse in Namibia
Increase taxes severely on alcohol. Close shebeens at 19H00 and during Sundays and Public Holidays. Educate the public aggressively on the effects of alcohol abuse.

12. If you are given a donation of half a million Namibia dollars, what are you going to do with it at your village?
I will establish a Trust Fund to assist bright students from my village with no financial means so that they can achieve their academic goals.

13. What is the name of the last book that you have read?
The Presentation Secrets of Steve Jobs- How to be Insanely Great in Front of Any Audience  by Carmine Gallo.

14. Which country has produced the fastest car in Africa?
Well, I don’t know. I am not into cars and “speed”.

15. Is there any other thing  that you would like to share with us?
I would like to conclude by saying that: We can always be whoever we want to be irrespective of where we come from. It does not matter where you start, what matter is where you want to be. I believe that being positive minded and having a positive attitude at all times is very important in life. I believe in continuous improvements and life long learning. We should always ask ourselves, “ what am I currently doing to get where I want to be?” .  Thank you and keep up the good work that you are doing!